Survey: The Rapid Rise of Technology Adoption on Construction Sites 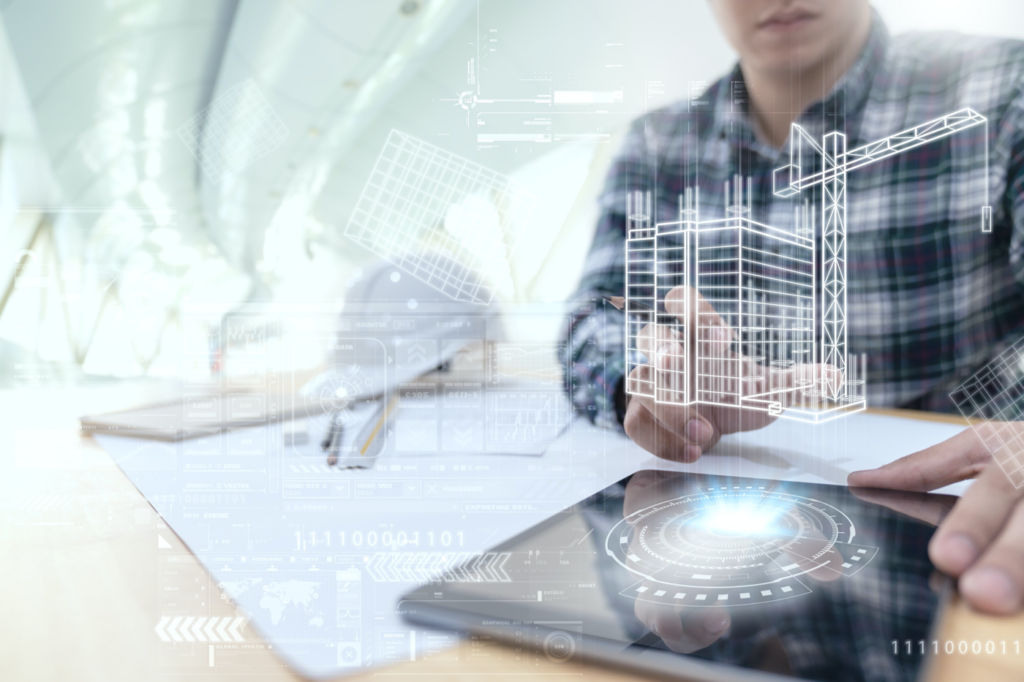 Over the past two years, many process changes have come to construction sites. One of the key indicators of these changes has been the continued adoption of construction technology (contech), which has progressed at an impressively rapid pace. We’ve seen this anecdotally in our own data; when we announced our Series C funding in April, we shared that site captures on our platform had increased by more than 300% during the previous year. This trend isn’t limited to our own experience, though: this year also showed that contech is a priority for the U.S. government, with $100 million allocated to contech over the next five years as part of the Infrastructure Investment and Jobs Act. It seems builders, investors, and policymakers are all waking up to the opportunities made possible through these tools.

To gauge the most important contech trends of 2021 and get insight into expectations for trends moving into 2022, we conducted a year-end survey recently, polling our customers who have a wide range of roles in the industry, mainly representing GCs, specialty contractors, and property owners from around the world. The results provide a look into how the industry is currently viewing technological innovation and help set the stage for the coming months.

Below, we’ll share some of the most interesting findings from our survey.

Tech adoption is in full force, especially in the field

Our biggest takeaway was that construction technology in the field is here to stay, with a whopping 91% of respondents saying they had observed colleagues who didn’t previously use technology begin to embrace it over the past year. While there may be several factors behind this jump in adoption, the wholesale shift toward digitization and adoption of innovation among builders since the outset of the pandemic is undeniable.

Solutions that enable remote monitoring and management of job sites have changed the way a build gets done. According to our survey, 44% of respondents ranked better site capture through 360° images, 3D laser scanning, and other tools as the most impactful trend in construction technology in 2021. “Better communication,” through means like text, email, and project management software, came in second place at 25%, and “more automation of field tasks” rounded out the top three at 16%.

Interestingly, our data showed that the most impactful adoption of tech is happening in the field, as only 8% of respondents listed more automation of back-office tasks as being the most impactful tech of 2021. While developing tech for the field can be challenging, with obstacles like a lack of network connectivity, the fact that it’s having such a positive impact on builders shows that the development work is well worth the effort!

Digital twins and virtual site replicas are here to stay

Looking to the year ahead, when asked what the most impactful trend in construction technology would be over the coming year, 28% of respondents said it would be more use of 360° images to create digital replicas of each job site. This prediction is also driving the way builders think about key skills for the industry: asked to select all skills from a list that they thought would be most needed in the future, 79% of respondents included either BIM coordination (43%) or BIM modeling (36%). Knowledge of advanced electronic devices like laser scanners, 360° cameras, and other sensors also scored highly for the skills question, at 40%.

Other tech trends predicted to be impactful in 2022 included an increase in prefab construction (23%); IoT trackers on sites to monitor the physical locations of equipment, people, and other assets (15%); and better WiFi or 5G cell coverage of job sites (13%).

As exciting as these new tech trends are, it’s also clear that real-world value and practicality remain top of mind for builders when thinking about tech adoption. In looking at skills that will be important in the future, the ability to evaluate the ROI of technology or to communicate the value of technology to project stakeholders was cited by 42% of those polled.

Adoption of technology is happening from all sides

Based on our survey data, the increased use of technology isn’t limited to one particular demographic. In addition to people who didn’t previously use tech on their projects, a group that 91% of respondents said are increasing their tech adoption, there were also upticks among existing tech users. 88% of respondents said that people who already use tech on their projects are now increasing their usage. While 82% said that tech-savvy team members are serving as “tech evangelists” among their colleagues, we’re also seeing management teams advocate for increased innovation, with 85% of survey takers saying that company management is encouraging the use of tech on the job site. Support for contech tools flows from the other direction, too, with 68% saying that field team members are lobbying for increased use of technology.

Tech may increase the capacity of the construction industry workforce

The data on the adoption of technology on the job site makes it clear that there’s widespread interest in and support of contech, and it’s possible that the increased use of tech in construction may help attract new workers into the industry, too. Amid a national “crisis” construction labor shortage, the U.S. Chamber of Commerce Commercial Construction Index for Q3 2021 stated that 93% of contractors had reported a moderate to great concern over the next six months in finding skilled construction workers.

In our year-end survey, 68% felt that technology would attract people who otherwise would not be interested in construction jobs. Part of that attraction may come from the way technology enables hybrid construction, or partly remote, part in-person fieldwork. In a survey we conducted this summer, 72% of respondents cited improved work-life balance as one of the benefits of allowing remote work in construction. While social distancing restrictions may have been lifted in most areas, our year-end survey suggests that reduced onsite visits may be one trend that sticks around, with 83% saying that the use of technology like 360° images, digital twins, and digital communication will continue to reduce the number of site visits that are needed. This can, in turn, increase the capacity of individuals, teams, and the industry (and there’s plenty of construction projected for 2022).

The future looks bright for the construction industry

Looking forward, we expect to see continued technological innovation in 2022 and beyond within the industry, as more stakeholders embrace the potential for contech to help improve workplace efficiency and productivity while reducing friction among a myriad of moving parts. Now is the time for all construction leaders to embrace a strategic approach to digitization and unlock benefits in collaboration, safety, workforce happiness, and more—or else risk being left behind.