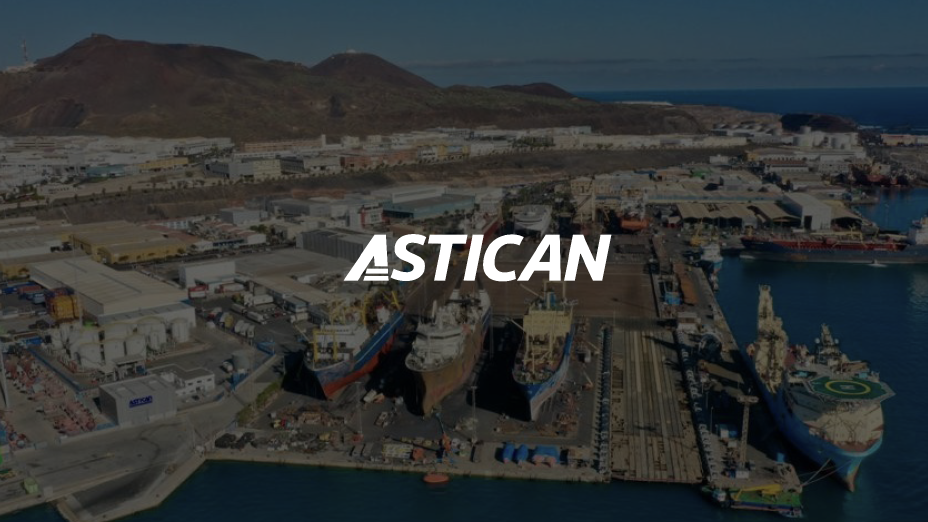 Not only does Astican manage a large site where employees and subs work on condensed timelines, but the projects are typically multinational, involving project managers and owners from around the world. Since engines and other components from far-flung parts of the world often have little in common, every ship presents a unique challenge.

Astican sometimes doesn’t have architectural drawings to refer to, since the original plans for decades-old ships have been lost to time. This makes detailed, accurate photo documentation key for coordination, but the process of capturing and sharing photos hasn’t traditionally been scalable. A worker might have photos on their phone showing the condition of steel works or paint, but their co-workers would have no way of knowing those photos exist.

While Astican’s IT department was the first to bring OpenSpace into the field as a comprehensive photo documentation solution to capture the condition of incoming ships and assess needed repairs, the technology was quickly adopted by project managers and others.
Since its introduction, OpenSpace has been integrated into nearly every stage of work at Astican, from intake to work progress to final review.

Astican has seen many operational improvements since integrating OpenSpace. For example, repairing a ship sometimes requires niche machinery, such as cranes capable of lifting 600 tons, which is high-value, high-stakes work. When OpenSpace captures are taken at every step, there’s no confusion and no drawn-out disputes—just straightforward communication and honest resolutions. The ability to resolve claims speedily without having to shoulder responsibility for repairs not caused by the Astican team has, in many cases, saved the company money.

Budgeting has also become more accurate thanks to robust documentation. OpenSpace has allowed Astican to provide quotes for customers based on the true condition of a ship. Team members can review project plans, measurements, and captures in order to fine-tune quotes and budgets without spending a lot of extra time—which is just one example of how Astican is saving time through OpenSpace.

Additionally, by using OpenSpace captures as a single source of truth, a variety of workers—from painters and welders to engineers and project managers—can quickly coordinate their efforts. At the same time, OpenSpace improves transparency for globally-dispersed ship owners.

To learn more about how OpenSpace helps Astican budget with accuracy, save time and money, and improve collaboration, download the case study.