Meet Tanner Janich, Whose College Friend Made a Life-Changing Referral 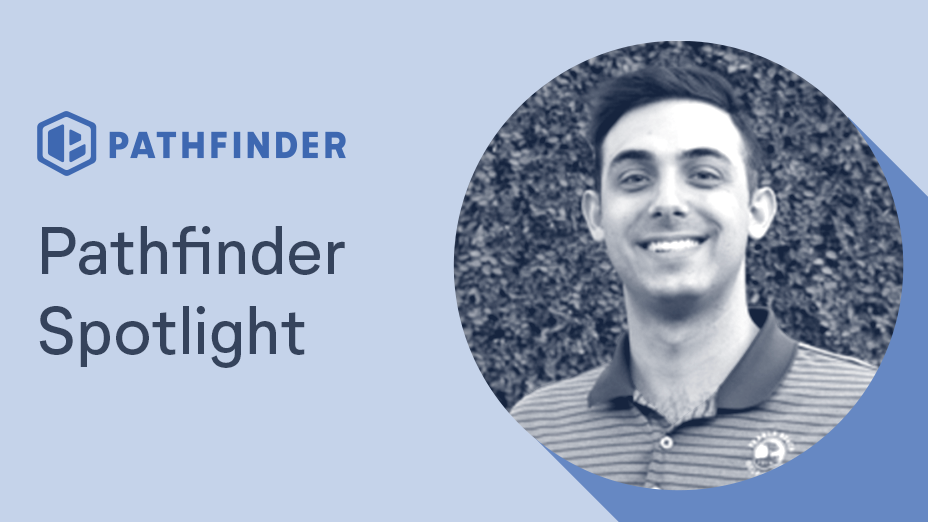 Meet April’s Pathfinder, Tanner Janich, a NorCal native and aquatics enthusiast whose role as a Project Engineer at SC Builders challenges him to learn every day and find innovative solutions to problems on large-scale Bay Area projects.

Tanner spent his childhood in Sacramento with his dental hygienist mother, entrepreneurial father, and younger brother.

While his family had diverse academic and professional interests, Tanner’s eventual interest in construction came somewhat out of left field. While he recalls watching his dad (who owned a business installing and maintaining plants at office buildings throughout the area) work as an independent contractor and go through the bidding process to win contracts, construction never crossed his mind when he thought about what he would be when he grew up.

Most of Tanner’s formative years were spent poolside. As a “true California kid,” his main hobbies were swimming and water polo. When he wasn’t at practice after school, he was usually working as a lifeguard or teaching the occasional swimming lesson.

“The temperatures in Sacramento pretty regularly hit 100,” Tanner pointed out. “So there’s really no better place to be than by the pool.”

A well-rounded student with a love of reading, Tanner found that academics at the high school and, later, college level came easily to him. He prioritized balance—making time for his classes, athletics, and family.

When it came time to look at colleges, he was excited to be accepted to Santa Clara University in the Bay Area—one of the oldest universities in the state. He quickly declared a finance major and ultimately graduated with his B.S.

While he had yet to discover his path to the construction industry, he recalled a seminal project during his final year. He researched and wrote his senior business school thesis about Home Depot and eventually delivered his final presentation wearing a suit and a hard hat. “Looking back, it’s funny how I ended up wearing a hard hat every day and leaving the suit behind,” he said.

After graduation, Tanner began his job search. A close friend from college referred him to an opening that he thought would be a great fit. Despite not having considered construction as a career path previously, Tanner interviewed and was hired as a Project Engineer at a large drywall and framing subcontractor.

His first months there left a big impression on him. “I was totally blown away by how much I enjoyed it,” he said. “I discovered that I loved the challenges. I loved coming into the office every day and tackling something new, taking on the latest puzzle.”

During his almost four years at that company, Tanner worked with a small team to complete a number of medical offices and school buildings in San Jose, Santa Rosa, Dublin, and Hayward.

It was a formative experience for him. “I had to take on a lot on my own and figure things out as I went,” he remembered. “It was a steep learning curve, but I benefited from being on-site every day, learning from everyone, and figuring out where the pain points were and how all of us in the office could resolve them.”

While he got a foundational education in construction at the drywall and framing subcontractor, Tanner found he was worn down by the amount of travel it required. He was ready for a new challenge.

The first thing that struck Tanner about SC Builders was the culture. “Everyone seemed to work together really well and was really supportive,” he explained. “That was a huge part of my interest in the company.”

Tanner joined SC early in 2020, just a few weeks before the first lockdown of the pandemic forced the whole team to pivot to remote work. Then, there was a four-month lull when many projects stalled, and leadership started brainstorming ways to make remote collaboration more efficient. They discovered OpenSpace during this period.

Tanner’s love of new challenges and natural pull toward technology made him a clear candidate for testing out the software. “I did all the site walks and started integrating captures into OAC meetings,” he recalled. “Everyone saw me getting so much valuable insight that pretty soon other people started using it, too.”

That was September 2020. Now, OpenSpace is used on every SC Builders project. 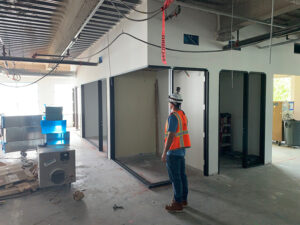 Tanner is currently working on the build-out of an expansive lab facility for 10x Genomics in the East Bay city of Pleasanton. He walks the site every other day, strapping a 360° camera to his hardhat and letting OpenSpace capture seamlessly in the background.

He’s expanded the use of OpenSpace on his project, utilizing it not just for documentation but also for progress tracking with OpenSpace Track, which allows him to quickly quantify percent completes and gauge the general pace of progress.

As the first OpenSpace user at SC Builders (and an enthusiastic one), Tanner has become the go-to at the company for all things related to the technology. “I helped with all the training and implementation as OpenSpace was made available for all projects,” he explained. He even created his own training log, full of answers to the most common problems that new users run into. Now he regularly visits other sites to show fellow Project Engineers how to capture the most information when they do their site walks.

“It’s been so nice to not take a million pictures and try to catalog them all,” he said about OpenSpace. “And it’s so valuable to be able to share a digital tour with the remote managers and off-site owners to keep them involved in the process.”

“I want to continue to challenge myself,” Tanner said about his future ambitions. “I hope to eventually progress to the PM side of things and manage my own projects, integrating new technologies to problem solve as I go.”

Tanner’s time management and communication skills, together with his willingness to learn new things, have already made him successful in the construction world—even if this wasn’t the professional direction he thought to take his life in. 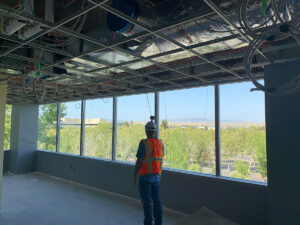 Always learning and always problem-solving are key values for Tanner. “To me, being a Pathfinder means keeping an eye out for the next innovation,” he said. “It means never being afraid to change in order to improve.”

In practice, it also means keeping an eye out for roadblocks and challenges that adversely affect field teams and working to alleviate them to create a happier work environment.

“Finding solutions motivates me,” he said. “That’s how you get noticed and improve not just your company but yourself.”

Pathfinders are power users like Tanner who excel at using OpenSpace. You can check out all of our published Pathfinder Spotlights in the OpenSpace Community gallery. If you’d like to be a Pathfinder, submit your Pathfinder application today.