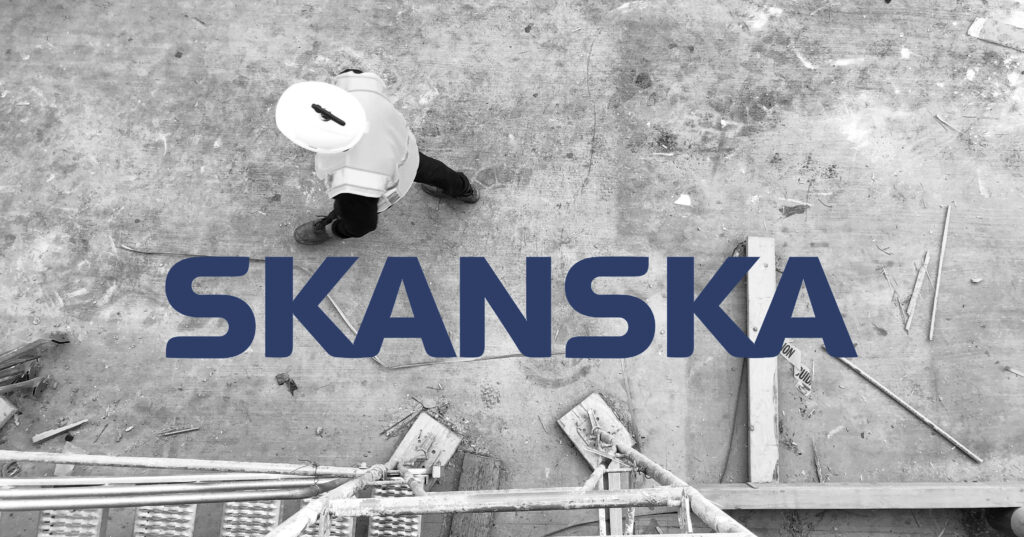 Skanska is a construction and development firm with a global footprint. Its mission is to help heal, transport, entertain, and energize communities. From hospitals to stadiums, airports to corporate headquarters, and power plants to tunnels and bridges, Skanska leads in building the important buildings and infrastructure people rely on.

As part of Skanska’s commitment to innovation, the company launched the Skanska DigiHub in January 2019. The purpose of the DigiHub is to constantly evaluate new technologies that can improve the efficiency and effectiveness of their teams on the ground. Not only does Skanska aim to vet the latest cutting-edge tools, but also to get them into the hands of its workforce and support their adoption throughout the organization.

The goal was to establish an easy-to-use reality capture process that would allow teams to seamlessly conduct virtual walkthroughs, share issues, and compare as-built to BIM. The pilot program was conducted on a 300,000-square-foot hotel project in Stockholm and the team was quickly impressed by the results.

One of the best parts of using OpenSpace was the ease of communication. For example, weekly meetings with owner representatives and architects became much more efficient since the Skanska team could quickly pull up relevant imagery without needing to send someone out to the site to investigate potential issues.

The team also found that the technology was really simple to use. OpenSpace automatically captures imagery as a team member walks the job site and pins the images to the project plans automatically. “My team got the hang of it in five minutes, which made it a very straightforward decision to go with OpenSpace,” said Eric Jacobson, a Digital Development Manager at Skanska DigiHub.

OpenSpace also helps builders save time and money by avoiding rework. Having an up-to-date digital replica of the job site allows Skanska to surface potential issues at an earlier stage when they’re easier—and cheaper—to address. For example, a leak can be detected before drywall or flooring is put up over the source. Work can also be verified without having to break into an already-completed wall.

To learn more about how Skanska is using OpenSpace to save time and enhance communication, download the case study.