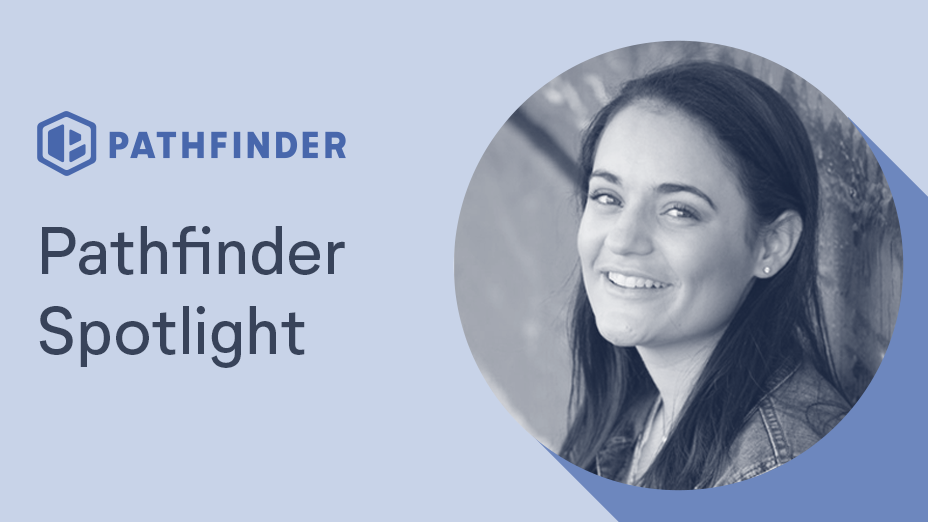 Meet Sarah Ortiz, a Project Engineer at VECA Electric & Technologies in Seattle. Her knack for problem-solving and can-do mindset are helping her thrive in her field.

A childhood in the Pacific Northwest 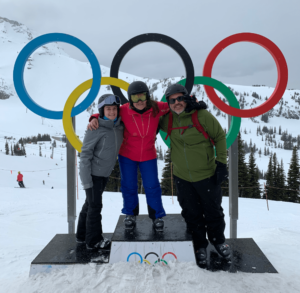 Sarah was born and raised in Seattle, WA, as the only daughter and the middle child born in between her two brothers. With an older and younger brother of a similar age, there was plenty of roughhousing and athletic competition in the household. Sarah said she was used to “getting tossed around a bit” via these sibling rivalries, which made her all the more resilient as she “tried all the sports out there” during elementary and middle school.

While the kids were involved in sports and other activities, Sarah’s father put in long hours as an engineer working at Boeing, the aerospace company that employs thousands of people throughout the region (“very Seattle of him,” Sarah laughed), while her mom ran the house and took care of the family.

Both her parents are independent and creative people, and Sarah said her dad instilled his love of math and science in his children, which helped to pave the way for Sarah’s future studies.

Team building on the water

In high school, Sarah was drawn to the sport of rowing, also known as “crew,” because she wanted to participate in an extracurricular sport. “Crew is huge in Seattle,” Sarah explained. “It was a good way to spend time with friends after school—sometimes in a boat, sometimes during conditioning, or otherwise just waiting around.” Small in stature, her size was an asset for the role of coxswain, the person who steers the boat and keeps rowers in sync. To succeed, she had to be in tune with each member of the team and be confident enough to direct them to the finish line. 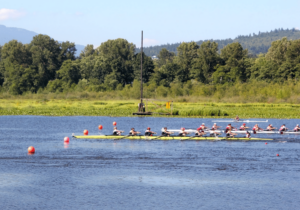 This natural affinity for teamwork would later come in handy during her construction career.

Sarah soon found that she didn’t just excel in the sport—she loved it. Not only did she row on her high school team, but she also joined Lake Union Crew, a community rowing team composed of women as young as Sarah up to those in their 60s. With the team, she attended races as far away as Boston.

She loved the team building and athleticism of rowing, but more than anything, it was “feeling like I was a part of something,” Sarah said. “It was really about the community for me.”

In search of sunshine 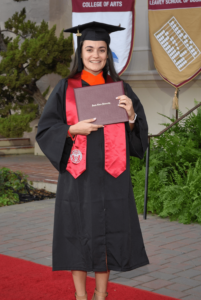 For college, Sarah was “ready to move away and experience some sunshine.” She had her eyes set on California and couldn’t have been happier when she got accepted to her first choice, Santa Clara University in Santa Clara, south of San Francisco.

She immediately declared her major in computer engineering. During her senior year of high school, she had taken an advanced placement computer science class and thought she was on to something. “I was good at it, and I thought it would lead to a lucrative career,” she remembered.

When Sarah wasn’t poring over textbooks and learning to code, she still pursued community-building activities, although she no longer participated in crew. She worked at the university’s gym, rising to the role of a coordinator during her junior and senior years, helping train new hires. She also pledged a sorority.

But as she advanced in computer engineering, she started to doubt the path. “I worked really hard and I was really confident in my ability to do the work,” Sarah said. “But I started to think it wasn’t something I wanted to do forever. I didn’t want to sit at a desk and code all day.”

During an internship, she began to home in on a new career possibility in an unexpected industry: construction.

The summer after her junior year, Sarah returned to Seattle for an IT and project engineering internship at VECA, an electrical contractor with deep roots in the Pacific Northwest. In a stroke of luck, a family friend had referred her to the opportunity. Sarah thoroughly enjoyed the work, particularly aspects related to project engineering.

Sarah liked all the tasks she was given that summer, even the mundane ones such as visiting sites. “It was just fascinating to me to think of construction as a big complex project,” she said “For example, looking at all the lights in a building, and not just the quantity, but all the different kinds and realizing that’s just the electrical, which is just one subcontractor, and then there is a GC who manages all the subs, and it goes on. I loved how big and complex it was.”

Sarah’s computing degree required her to solve problems and manage complicated systems. She was able to apply these skills in a real-world setting that appealed to her community-minded, team-focused sensibilities. While project engineering hadn’t been part of her career path, the experience left an impact. 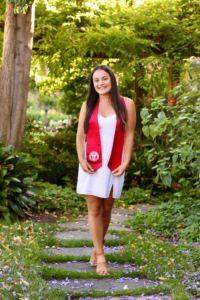 Graduating during a pandemic

Sarah was scheduled to graduate in the spring of 2020. She planned to take a gap year: she would go to Thailand for a month, return to Seattle for a stint, and then travel to Germany with her grandparents.

The universe had other plans.

As the COVID-19 pandemic turned the world on its head, Sarah paused her travel plans, returned closer to home, and was offered a full-time position at VECA.

She joined the company in September 2020. Since then, she has discovered a new community and projects that allow her to flex her many skills.

Sarah’s first project was a children’s hospital, which wrapped up in August 2021. She then started on her current project—an overhaul of electrical systems at Seattle-Tacoma International Airport, also known as SeaTac.

Sarah’s team focuses on the airport’s conveyor belt systems, which deliver luggage to passengers arriving at their final destination. With her strong background in computer science, Sarah was a natural fit to pioneer OpenSpace at VECA. “They kind of just gave it to me and told me to go for it,” she recalled.

Prior to OpenSpace, Sarah manually snapped photos of conveyor belt areas before uploading them back at the office and linking them to documents that mapped out the systems. “Until you do it, you don’t realize how long that actually takes,” Sarah said. “OpenSpace has been a game changer.”

Not only is it easier to capture the jobsite with OpenSpace, but the images are quite useful for the entire team, including the BIM modeling team who often work remotely. OpenSpace is one of the tools that allows VECA to collaborate efficiently between field and office teams.

“How can you compete with [360° images]?” Sarah said. Seeing where conveyors have been installed, roughed-in, or cabled is extremely helpful for keeping track of work that needs to be done. This also helps the project team keep stakeholders accountable and stay on schedule much easier than before.

The OpenSpace images also help VECA communicate with the General Contractor on the project and get pay apps verified quickly. 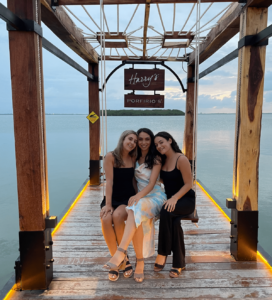 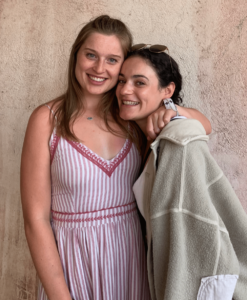 Sarah has a positive mindset that has served her well in her life and career, helping her to rise to challenges with resilience. As she looks to the future, she is excited to seize new opportunities and solve complex problems with her tech-savvy, team-building skills.

For her, problem-solving and a willingness to take action are a big part of being a Pathfinder.

“It really has so much to do with mindset,” she explained. “A Pathfinder can recognize the problem and is able to take action to solve it.” But that’s not where it ends. Always a team player, Sarah believes that truly solving a problem means getting everyone else on board with the solution.v

She sees OpenSpace as another tool to help her solve problems in the field and lead her team to more efficient work in the future. “I’m excited to be part of sharing the solution for others on my team and helping everyone make positive changes,” she said.

Pathfinders are power users like Sarah who excel at using OpenSpace. You can check out all of our published Pathfinder Spotlights in the OpenSpace Community gallery. If you’d like to be a Pathfinder, submit your Pathfinder application today.