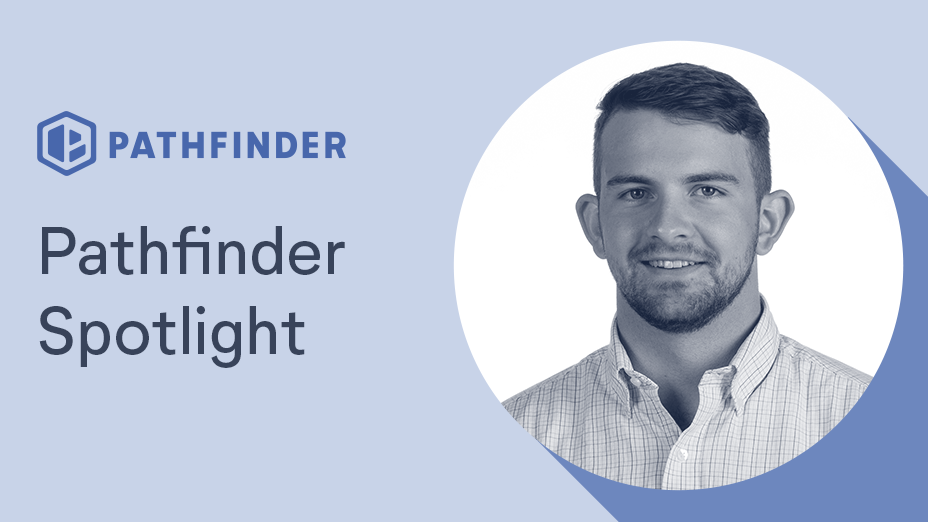 Meet July’s Pathfinder, Ethan Choun, an outdoorsy Colorado native who works as a Project Manager at NOVO Construction’s Bay Area office. Coming from a long line of builders, construction is “in his blood.” Ethan loves a challenge, and in his work, he has found that there’s something new to learn every day.

A Kid with Construction “In His Blood”

Ethan comes from a family of men who love working with their hands. His grandfather was a carpenter, and his father—before changing careers and becoming a CPA—also worked in the family business doing residential construction.

“I have always had tools in my hands,” Ethan said. Whether he was using kid-friendly kits to construct a birdhouse not long after he could talk or working with the beloved drill he received as a Christmas gift when he was five years old, building has always come naturally to Ethan.

The carpenters in Ethan’s family were enormous influences. To this day, Ethan often spends his weekends pursuing hobbies that make use of his construction skills. Even his father, now retired, has returned to his roots by building a workshop next door to his home.

“My dad and I still love this stuff. We are, to this day, always talking shop,” Ethan said with a laugh.

Growing Up Active and in the Outdoors

Ethan was born and raised outside of Denver, Colorado. During high school, he practiced his carpentry skills by helping on odd jobs and projects around the house, while after school his main priorities were baseball and football. “Being from Colorado, being outdoorsy kind of comes with the territory,” he explained. He spent summer weekends camping, fishing, and hiking, or skiing and snowboarding during the winter months.

Despite his many interests, Ethan always had a clear vision for his future. He knew he wanted to work in construction, but it wasn’t until he began his freshman year of college that his path really began to take shape.

There were many things that drew Ethan to Colorado State University (CSU), a large public college in Fort Collins. First, it was close to his family but offered just enough distance for him to gain some independence. Second, it boasts an excellent construction management program.

As Ethan explored his options for higher education, construction management increasingly stood out. When he enrolled at Colorado State, he didn’t hesitate to declare his major and never looked back.

In between his studies, Ethan pursued other interests—namely, sports. “There wasn’t an intramural sport they offered that I didn’t play,” he said. He also participated in Competition Teams for Construction (CTC), where he met other students pursuing construction and utilized his teamwork skills on different projects.

Over the course of his four years at CSU, Ethan gained a tremendous amount of insight into the construction industry and was able to apply new theoretical concepts to the hands-on skills he learned from his father and grandfather. He became increasingly excited about the possibilities offered by the construction industry and knew he made the right decision for his future. This was affirmed when he started applying his skills to a series of informative internships.

Bringing It All Together

Ethan completed three internships. The first was at a residential stone company, which offered an opportunity to “make connections between what we learned in the classroom and what things looked like in an actual business,” Ethan explained. He enjoyed the experience so much that he often returned to work for the company during the school year.

He also completed summer internships with a general contractor in Boulder and with NOVO in California. “Each internship taught me so much,” he said. “I learned about residential versus commercial builds, I made connections, and worked on projects from start to finish. I gained a totally new, more complete understanding of the whole world of construction.”

Making the Move to California

After graduation in 2017, Ethan packed his bags and moved to the Bay Area. While he never quite envisioned himself in the bustling mecca of tech and digital startups, he was drawn by his connection with NOVO, a general contractor specializing in interior remodels.

“The reason I came back is because of the company atmosphere,” Ethan explained. “The company is young and relatively small, and for that reason, we’re innovative and fun. The people I work with are also my friends, so I’m excited to come to work every day.” 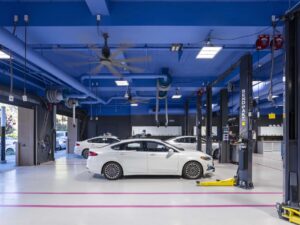 Ethan started as a Project Engineer before being promoted to Assistant Project Manager two years later. Recently, he stepped into the role of Project Manager, overseeing jobs “from the cradle to the grave,” he explained. He enjoys the fast pace of the company’s many projects; from working on garages for Lyft to installing gas fireplaces in third-floor office suites, no two days are the same, which motivates Ethan to continually learn and grow.

“It really has been a journey and continues to be,” he said.

When Ethan began working at NOVO, he hit the ground running, quickly becoming a core part of the team demonstrating new technologies like OpenSpace. “I really was the guinea pig with it,” he laughed. He used it for the first time on his second project for NOVO—a garage for Lyft—and has since used it on almost every job. Ethan has completed roughly 15 large and 50 small projects using OpenSpace.

“OpenSpace and the way we use it have really come a long way in the last four years,” Ethan said. When it was first integrated into NOVO’s operations, it was primarily used to document project sites. When COVID hit in 2020, the company increasingly leaned on the technology to promote collaboration. “Owners, architects, and lots of leadership were offsite for months during COVID,” he explained. “We were able to continue working during that time because of OpenSpace. It allowed us to give everyone visibility even if they weren’t physically there.” 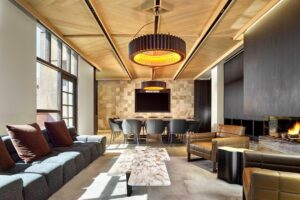 Originally, only a few teams at NOVO used OpenSpace. These days, almost every team does. From progress documentation and reporting to design and closeouts for drywall, OpenSpace has become an integral part of operations. “It’s been a great tool,” Ethan said. “And as we evolve as a company, OpenSpace evolves right alongside us.”

Looking to the Future

“I love what I do,” Ethan said. “Every day is a new challenge. No two days are the same, the pace is fast and that keeps me excited.”

Continuing to expand his expertise in project management is a high priority. Ethan plans to pursue his current path, gain new skills and work on a variety of projects in the hopes of eventually stepping into an executive-level position.

“Working in construction has always been my dream,” he continued. “And I can see myself doing this work for a long time.” 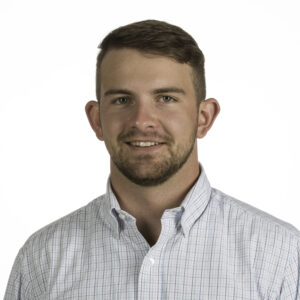 “To be a Pathfinder means finding your own direction in the world and then leading the way for others,” Ethan said.

He noted that introducing new technology, practicing leadership, and continuing to learn are all marks of a true Pathfinder. “Being a Pathfinder means going that extra mile, which also means always looking for the next way forward,” he said.

Pathfinders are power users like Ethan who excel at using OpenSpace. You can check out all of our published Pathfinder Spotlights in the OpenSpace Community gallery. If you’d like to be a Pathfinder, submit your Pathfinder application today.