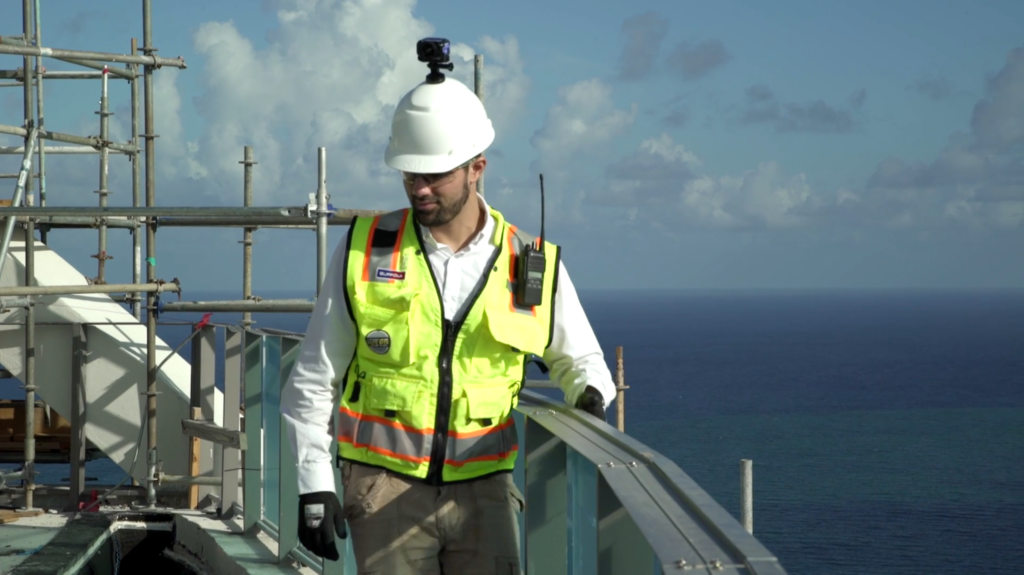 For general contractors, staying on top of the progress of multiple trade partners can be challenging, not to mention anxiety-inducing. When things go wrong, it can be tricky to assign responsibility or figure out who is responsible for rework.

Max Sanchez, an Assistant Superintendent for Suffolk Construction, experienced this situation first-hand in the midst of a Ritz-Carlton Residences project in Sunny Isles Beach, Fla. He had recently been put in charge of a critical path component of the project: the window wall system for the 53-story building that would ultimately drive the project’s delivery date. After a 10-week lead time for the window units to be delivered from Brazil, the installation schedule was significantly compressed.

“We were faced with an extremely aggressive schedule,” said Sanchez, “but OpenSpace helped me manage the installation with the trade partners and keep the project on track.”

Initially, when Sanchez strapped a 360° camera to his hard hat in order to capture comprehensive 360° photo documentation during his site walks, his colleagues eyed him incredulously. But that quickly changed when he was able to demonstrate the power of OpenSpace.

“I’d use OpenSpace to quickly pull up the image I needed with the specific trade partners performing the work,” he said. “It gave the entire project team better visibility into the actual progress and what work was still outstanding.”

By using OpenSpace, Sanchez and his team were able to monitor progress of the glass installation in minute detail and ensure that the subcontractors stayed on schedule. He estimates that the project was completed a month faster than it would otherwise have been as a result.

“Accountability is critical on a project of this magnitude,” he said, “and OpenSpace helped me manage that process much more effectively with our trade partners.”

Using OpenSpace also resulted in reduced documentation time. Since images are captured passively and then mapped to project plans automatically, Sanchez estimates it’s at least 10 times faster than the traditional process of taking pictures with a phone or digital camera and then downloading and organizing them. And by leveraging OpenSpace’s virtual walkthrough feature, which lets people experience real-time site conditions from their computers, Suffolk was able to reduce travel costs by 50%.

After initially deploying OpenSpace on a trial basis, Sanchez wound up using it every day to ensure that Suffolk’s 360 photo documentation was up to date, and he became an avid user of the Field Notes feature. It lets whoever is walking the site take pictures and jot down notes on key details they observe, such as missing interior corners or caulking. With the click of a button, those notes and images can be aggregated into a PowerPoint presentation or saved as a PDF.

Due to the clear benefits of OpenSpace, adoption of 360° photo documentation technology on other Suffolk projects is increasing.

To learn more about how Suffolk is using OpenSpace to enhance collaboration with trade partners and streamline their workflow, download the case study below.