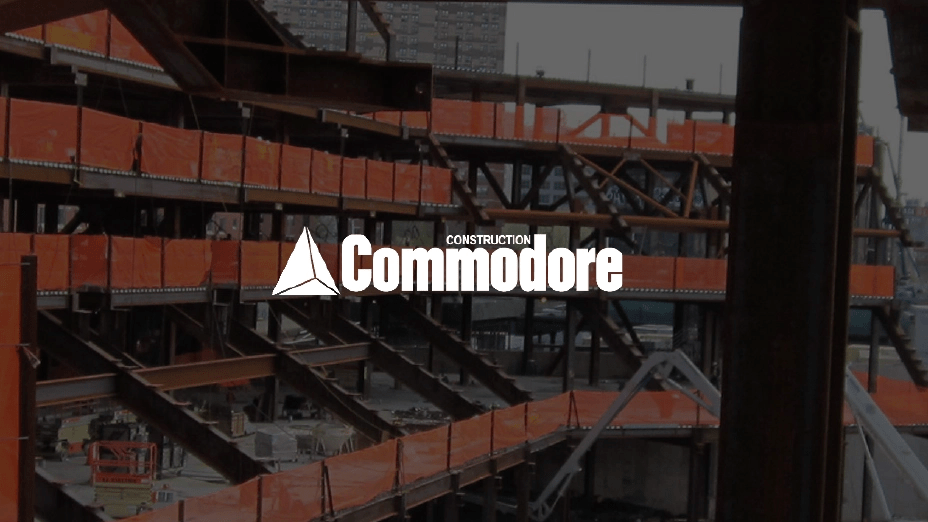 Based in Mount Vernon, N.Y., Commodore Construction has a nearly 20-year track record as a multi-trade contractor. Its services include interior renovation and retrofitting as well as new building core and shell work, and the company has expertise in the healthcare and hospitality industries.

Starting in January 2021, Commodore’s Senior Project Manager David Niewiadomski took on the challenging project of overhauling technology across the company. Among other objectives, he wanted to improve the efficiency of progress tracking, which historically (and especially on large healthcare projects) required significant time investment.

After dozens of conversations with tech providers, Niewiadomski oversaw the onboarding of just four new technologies in the last year, one of which was OpenSpace, which has been deployed across six different projects so far.

Because the technology is so easy to use, it was quickly adopted by field teams. Foremen, project engineers, and other employees simply strap a 360° camera to their hard hats and walk the site while OpenSpace captures imagery in the background and automatically pins it to the project plan.

Niewiadomski is also enthusiastic about OpenSpace’s BIM Viewer feature, which lets both field teams and office staff see actual site conditions alongside the BIM model so that mistakes and inconsistencies can be spotted quickly—before any ceilings or walls are closed.

“The side-by-side viewing capability really grabbed my attention,” Niewiadomski said. “Historically, we would spend all this time building models, but they wouldn’t be leveraged by people in the field. OpenSpace makes it easy for field teams to refer to the model in their day-to-day work.”

The ability to compare on-the-ground realities with the BIM model has also helped prevent costly rework.

“Just last week I was talking with the GC on a big project who wanted to close out the ceilings,” Niewiadomski said. “I was able to pull out OpenSpace and show him the model, our current progress, and exactly why we shouldn’t do that yet,” preventing a potentially expensive misstep.

Meanwhile, by leveraging OpenSpace Track (OpenSpace’s automated progress tracking feature), Commodore has sped up its weekly production assessments. Based on captured imagery from site walks, OpenSpace Track automatically quantifies percent completes in trades like cement pours or drywall, resulting in massive time savings. Specifically, Commodore is saving 10 to 15 hours a week on calculating percent completes for drywall installation (based on how long manual progress tracking would have taken).

OpenSpace’s robust photo documentation also rapidly clears up disputes that can arise when many different subcontractors have hands on a project.

“This level of access and documentation essentially equals protection,” Niewiadomski said, pointing out that Commodore can now easily dispute erroneous claims through a robust backlog of historical imagery.

Ultimately, OpenSpace’s intuitive and accessible design has allowed for a renaissance in multiple aspects of daily work at Commodore—from progress tracking to schedule management to issue resolution.

“I would recommend OpenSpace to everyone, except my competitors,” Niewiadomski joked.

To learn more about how OpenSpace helps Commodore Construction save time, avoid rework and reduce man-hours, download the case study.