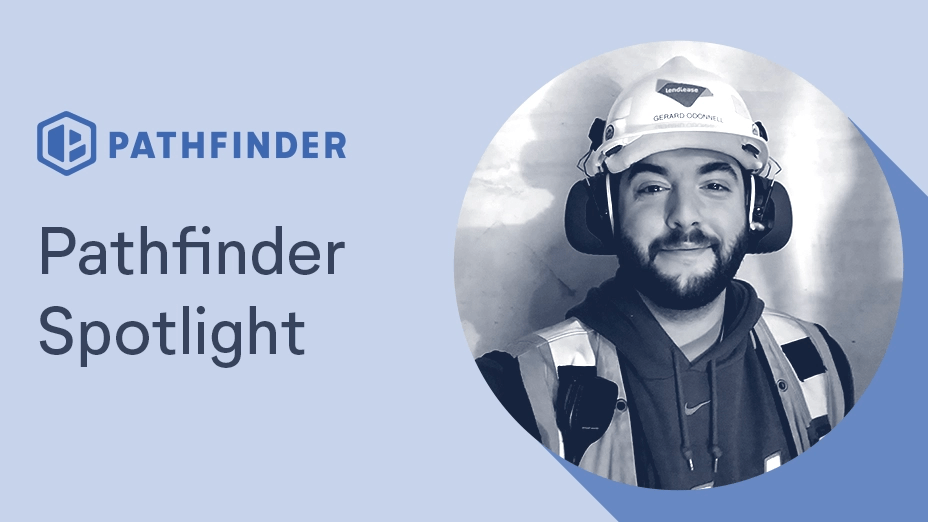 Meet March’s Pathfinder, Gerard O’Donnell, a New York City native whose role as a Superintendent at Lendlease Construction allows him to bring together his team player abilities and penchant for all things technical. His background in team sports and longtime love of history help him see the big picture and coordinate the construction of high-rises in Manhattan and beyond.

Growing up between The Bronx and Westchester County

Gerard spent his formative years in the NYC borough of The Bronx and 20 minutes away in Westchester County.

His baker father and accountant mother provided a stable home that supported his academic pursuits and offered inspiration for his future career path. He vividly recalls working with his father in the bakery from the age of 14 onward: “I quickly realized that I didn’t want to be a baker or deal with the customer service aspect of working in the bakery.”

That revelation propelled him to pursue more technical subjects in school, and he found he had a natural aptitude for math and the sciences, especially physics. When he wasn’t studying, he played ultimate frisbee, bowled, and participated in his high school’s engineering club, where he designed and built rockets and other projects. This was a key experience that led him to pursue construction as a career.

Charting a course for the future 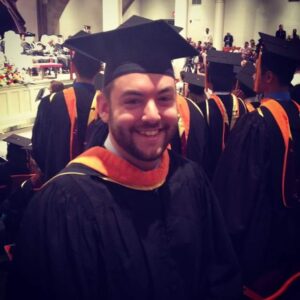 While Gerard had a talent for engineering, physics, and mathematics, his favorite subject throughout high school was history. “My dream job would have been to be one of those narrators on the History Channel,” he said, “but I realized that wasn’t really for me pretty early on.”

Luckily, Gerard’s physics teacher encouraged him to continue his education in the sciences, and given his knack for creation, nudged him toward a career in engineering. She had attended The Cooper Union in Manhattan’s East Village, a college dedicated to educating the next generation of architects, artists, and engineers, and encouraged Gerard to apply there, too.

No one in Gerard’s family had gotten a college degree (though his older sister was working on hers), so it was a momentous occasion when he was accepted at The Cooper Union as a civil engineering major. 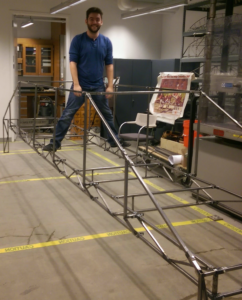 Gerard’s first semester was a trial. “My first physics class as a freshman was tough,” he remembered. “I thought to myself time and time again: What am I doing here?”

He promised himself that he would stick with the program for at least a year, and it wasn’t long before he found his rhythm and started participating in competitions and challenges that cemented his love for engineering.

In particular, he recalled a competition where students from around the country were tasked with designing and fabricating a 20-foot steel bridge. “I realized I absolutely loved doing things like that,” he said, “and I haven’t had a second thought since.”

During his time at Cooper Union, Gerard also completed an internship at a construction company. After his ill-fated job at the bakery, he thought he might not have been well-suited to working with people, but after a summer interning in the drafting department (where he learned AutoCAD and 3D rendering), he decided he wanted something a bit more involved with people and “on the ground” after all. It wasn’t long before he found the perfect fit.

Starting a career at Lendlease

After graduation, Gerard was offered a job as a Project Engineer at the multinational construction, property, and infrastructure company Lendlease. The New York branch was about to begin a massive 77-story residential building just a stone’s throw from the Museum of Modern Art in Manhattan.

Gerard ended up working on that project for four years. During that time, he climbed the ladder from Project Engineer to Assistant Superintendent all the way to Superintendent. “It was such a cool project to get started on in the industry,” he said.

He found it exciting to participate in different aspects of building, from excavation all the way to interior finishes. Since that first project, Gerard has continued to apply his talents to building high rises—many of which are 500+ feet tall.

In 2019, Gerard made the move from Lendlease to Suffolk Construction in New Rochelle, N.Y., where he acted as the lead Superintendent on a two-story warehouse for the City of New Rochelle.

It was during his time at Suffolk that Gerard first encountered OpenSpace. He recalled looking at a presentation for the company. In it, he saw side-by-side images of the BIM model and the as-built reality from a past project. “It was the first time I’d seen a piece of technology doing that,” he said. “After the meeting, I grabbed one of the presenters and asked ‘What was that? How do I get that on my project?’”

That was Gerard’s first introduction to OpenSpace.

After the completion of the warehouse for Suffolk Construction, he returned to Lendlease and began work on a 44-story residential condo on the Upper West Side of Manhattan. But he hadn’t forgotten about OpenSpace and remained eager to try it out for himself. “As soon as I started back at Lendlease, I told them, ‘Hey, we have to try out this tech here.’”

Lendlease was just about to start the foundation for the new project when COVID hit, completely derailing progress, but the delays turned out to be a blessing in disguise. 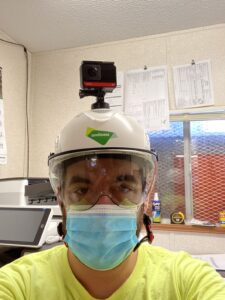 After several extra months of pre-construction due to COVID, Gerard was able to make his case to Lendlease’s leadership for introducing OpenSpace on the project. He was convinced that the software’s BIM coordination capabilities could help them get ahead, and was also keen to improve the quality of site documentation—especially before closing out trades like concrete and drywall.

“I presented it as a value proposition,” Gerard explained. “I knew that because we had been sidetracked with COVID, going forward we had to focus on cost savings and making up time on the schedule.”

Gerard explained how the photographer the company typically hired for every job to catalog progress would become redundant because he would be capturing with OpenSpace every time he walked the site, creating lots of extra room in the budget. He also pointed out that sharing the latest progress from the field would help get everyone on the same page (including those who were working remotely due to COVID restrictions) and keep the project on track.

Lendlease was sold, and Gerard started using OpenSpace officially. “From day one, I knew I wanted to use it to document utilities,” he said. “When we were about to pour concrete, I made a habit of getting my captures beforehand so I’d have an accurate record later on.”

Now Gerard isn’t the only one strapping a 360° camera to his hard hat. In fact, now that the project has progressed to interior work, other team members are using OpenSpace to make sure MEP work is documented before closing any walls. 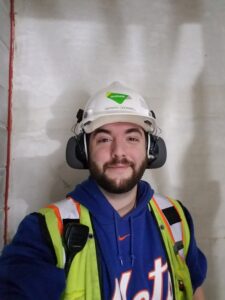 As he moves forward in his career, Gerard is excited to earn his Professional Engineering License to expand his opportunities and build his expertise.

Since his days playing ultimate frisbee and participating in his high school engineering club, Gerard has always been enthusiastic about sharing resources with others and innovating where he can. To that end, he’s committed to sharing the benefits of OpenSpace with Lendlease teams across the globe and recently met with colleagues in Singapore and Chicago to discuss how the technology has helped him.

In the future, he’d like to take on a role where he has more influence, helping his company adopt new technologies and organizational habits with the potential to create a big impact.

In the meantime, he’s starting a new project in the summer and is excited to oversee the build from the ground up.

Just because a process has been in place for a long time doesn’t mean it’s the best, most efficient, or safest. “The worst thing you can hear in construction is that something has been done the same way for 20 years,” Gerard said.

It’s vital in his eyes to evolve alongside technology to make work easier, safer, and more efficient for everyone involved. That’s what innovation is all about.

“Being a Pathfinder means bringing about change,” he continued. “From one job to the next, I’m always finding new ways to improve.”

Pathfinders are power users like Gerard who excel at using OpenSpace. You can check out all of our published Pathfinder Spotlights in the OpenSpace Community gallery. If you’d like to be a Pathfinder, submit your Pathfinder application today.