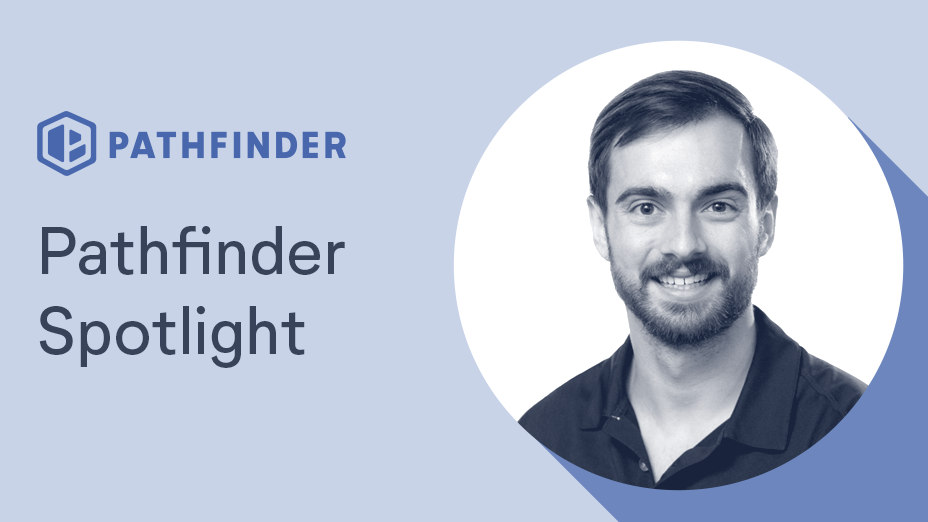 Meet Jonah Walton, a Construction Technologist at Polk Mechanical in Dallas. This Alabama-born, hands-on problem-solver is transforming the way mechanical services are delivered in North Texas.

Growing Up in a Family of Tradesmen

Jonah spent his childhood in the rural Alabama town of Rogersville, about 50 miles east of Huntsville, with a father and grandfather who worked as electricians. “Construction is what my family did,” he said.

Apart from camping and playing after-school sports, there wasn’t much else to do in Rogersville, which had one stop light and one fast-food restaurant. “So I ended up working when I could alongside my family,” he said. “It was an opportunity to learn from my grandfather and my dad, so I did it as often as I could.”

The Waltons were a close-knit family. Jonah spent a lot of time with his two older brothers, his mom, who worked at the local church, and his 24 cousins—all of whom lived within a 45-minute drive.

During those early days working alongside the men in his family, he fell in love with the built environment and working with his hands. “I guess I’ve always loved the idea of transforming a space,” he said. 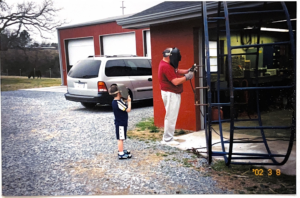 In high school, Jonah gravitated toward classes on computer-aided drafting (CAD) and 3D mechanical design, eventually parlaying his experiences into an internship for an engineering firm in nearby Florence, where he did mechanical drafting.

In his free time, Jonah was drawn to team sports and group activities. “I’m kind of a people person,” he said. Jonah participated in track and field, and he spent his freshmen and sophomore years playing in the marching band before trading in his trumpet for football gear during his junior year.

His family was very active in the local church community. He put his tech skills to good use managing the audio and visual equipment that was crucial to Sunday services.

“What I learned in those years was that I liked hands-on ways of applying technology and new tools. I like problem-solving and discovering new ways to do things,” he said.

This key insight eventually led him to the construction field.

Jonah attended college at Auburn University, one of the South’s largest universities, a few hours south of his hometown. Eager to learn more about design after his high school internship left an impression, Jonah declared his major in mechanical engineering.

He was active in the Reserve Officers’ Training Corps (ROTC) during college, and “while I wasn’t sure I was cut out for mechanical engineering, I was pretty sure about how much I enjoyed ROTC,” Jonah said. He decided to put his degree on pause and enlist in the military. 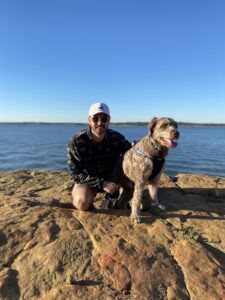 For Jonah, joining the military was an opportunity to reevaluate and reconsider where he wanted to go professionally.

“It was truly a life-altering decision,” he said. “I really needed that time to meet different people with different experiences and break myself out of rural Alabama mindsets, as well as learn self-discipline and to work as part of a team.”

After basic training, Jonah spent a year working as a combat engineer in a unit dedicated to mobility, counter-mobility, and survivability. His teamwork, communication, and people skills served him well, and he was quickly promoted to Team Leader.

He was tasked with teaching a class every month, which he enjoyed very much. “The satisfaction I get from teaching someone something new or just helping them out is tremendous,” he said.

After that critical year in the military, Jonah returned to Auburn University as a member of the reserves, armed with a revived interest in his education.

“I really felt that I had more of a purpose when I got back,” he said. “I realized education offered me a real opportunity and I didn’t want to squander it.”

After talking to an advisor and meeting with faculty in the construction science department, Jonah walked straight to the mechanical engineering department and asked for a transfer.

“I knew I was in a space that made sense given all my other experiences and that this would allow me to extend into lots of different areas of construction,” he said. A few years later, he graduated with a degree in construction science.

Stepping into the Role of Construction Technologist 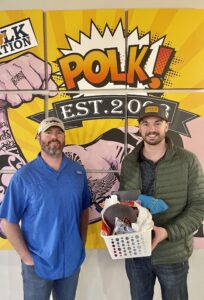 After a few internships to explore various aspects of construction, Jonah saw a future in commercial construction.

During his senior year in college, he took a final internship with Polk Mechanical. He started off working in project management but later had the opportunity to shadow a Virtual Design and Construction manager. Once he saw planning, visualization, and computer modeling at work in the real world, he was hooked.

His passion landed him a job offer with Polk as a Construction Technologist. Polk’s leadership was committed to improving technology application in the field, and Jonah seemed to be the right person for the job.

His first major project was to find a cloud-based document management system to support the fast-growing company across the Dallas and Houston markets. Jonah oversaw the process from research to implementation, relying on his problem-solving skills and interest in new applications of technology.

His second project was to find and implement a documentation solution, which is how he was introduced to OpenSpace.

Putting OpenSpace to Work at Polk 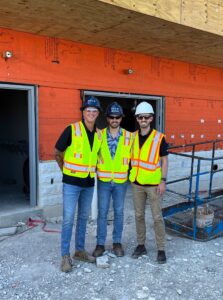 Jobsite documentation is a crucial aspect of many workflows at Polk Mechanical, from labor feedback to reporting. As the business grew, it needed a solution that could scale in lockstep while remaining efficient.

“Our biggest limitations when it came to implementing something new were training users and the extra time it might take to use new software,” Jonah said.“But OpenSpace solved those two issues.” While he had tested several products, it was clear that OpenSpace was ideal for Polk’s needs due to its ease of use and speed.

As Polk implements OpenSpace at more sites, teams are starting to use it not just for documentation, but also for BIM and as-built comparisons and billing. Jonah is the company administrator for OpenSpace and acts as a critical link between site and in-office teams. He trains project teams on how to use the platform and follows up on their progress. Since he is Polk’s OpenSpace go-to in Dallas, he also regularly attends project meetings that dive into OpenSpace models.

“I’m super proud to drive so much of OpenSpace’s use at Polk,” Jonah said.

Jonah is a natural problem-solver, drawing from his years as an amateur electrical apprentice, his military engineering work, and his transformative application of new technologies at Polk.

His inclination to technology and willingness to learn new skills have helped him find success in the construction industry. “Everyone has a different path to find, and even every company will require a different tech solution,” Jonah said. “Being a Pathfinder means finding the unique way forward and then driving those transitions.”

It’s not about “pushing forward for the sake of pushing forward,” as he put it, but instead spending the time to mindfully take each step on the way to growth and change. In his life and work, it is clear Jonah has taken this approach—with much success.

Pathfinders are power users like Jonah who excel at using OpenSpace. You can check out all of our published Pathfinder Spotlights in the OpenSpace Community gallery. If you’d like to be a Pathfinder, submit your Pathfinder application today.