Meet Daniel Rude, an Outdoor Adventurer Whose Love of Tech Is Guiding the Construction of Luxury Homes in the Rockies 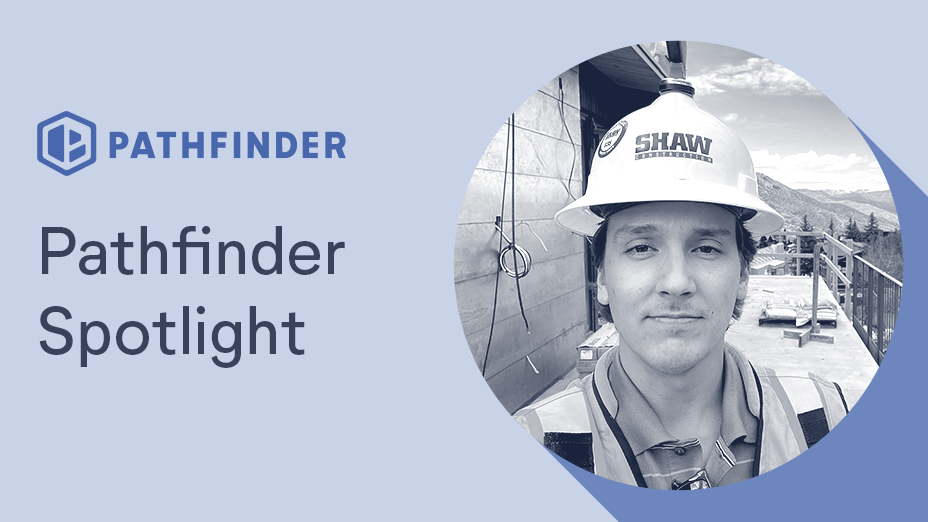 Meet June’s Pathfinder, Daniel Rude, a Project Engineer at Shaw Construction’s Grand Junction, Colo., location. A native Texan with a penchant for all things outdoors, Daniel has found a perfect fit in his work at Shaw. Balancing time in the field and the office, he’s eagerly applying new technologies to make projects more efficient.

Daniel was born and raised in the suburbs north of Dallas with a stay-at-home mom and a dad who worked in finance. An older sister and two younger brothers added life and energy to the house.

The creek that ran behind the family home left an impression on Daniel at an early age. When he wasn’t finishing up his homework or staying after school to play baseball, football, and basketball, he often found himself exploring the outdoors—an interest that has stayed with him.

“Between sports and exploring nature around my house, I spent a lot of time outside,” he recalled. While he wasn’t sure what professional path he would pursue when he got older, he could say with certainty that it wouldn’t be one that kept him chained to a desk for 40 hours a week.

“I was certain from a young age that I wanted to have a job that kept me active and outside,” he said.

Daniel excelled in all aspects of school—from extracurriculars (“I did as many sports as I could fit into my schedule!”) to academics. Coursework came easily to him, and he was a good test taker. During that time, he became especially interested in technologies like Computer Aided Drafting (CAD) and how to work with them. His innate skills made college applications a cinch. 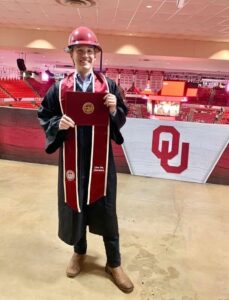 When he was accepted to the University of Oklahoma, Daniel knew it was meant to be. An avid fan of the university’s legendary football team, he enrolled right away and started packing his bags for the move to Norman, Okla.

“The university was about three hours from where I grew up,” he explained. “It felt far enough away that I could gain some independence, without being so far that I couldn’t drive home some weekends.” When he arrived on campus in the fall of 2016, he declared a major in petroleum geology.

It took just one semester for Daniel to realize this major wasn’t for him. Nevertheless, he wanted to pursue something that was just as field-oriented and that made use of his inclination toward technology. He soon made the decision to change his major to construction science.

While the switch added an extra year to his undergraduate education, it wasn’t long before Daniel was certain he had made the right choice.

A Series of Inspiring Internships

After changing his major to construction science, Daniel prioritized taking internships every summer so he could apply what he was learning in the classroom to real-world scenarios.

His first internship was at a concrete plant just north of Dallas in Keller, Texas. There he got his first look at construction practices on the ground. His interest was piqued, but it wasn’t until his second internship at a general contractor in Dallas that he became truly excited about the possibilities the field could offer. “It opened my eyes,” he said. “I learned more than I ever did in any classroom, and I was finally able to start putting the pieces together.” He could see a place for himself and his talents in construction at last.

His last internship was equally life-changing. He was still interested in the outdoors, and after a few family vacations to the area, he zeroed in on the Mountain West as an ideal location for an internship. He applied to internships at companies in the Rocky Mountain region of Colorado and landed a position at GH Phipps Construction in Colorado Springs, where he was assigned to the “special projects” department.

The department handled smaller jobs, which made the work fast-paced. “I was finally getting to see projects move from start to completion,” Daniel said. “I was always doing something new, which meant that I learned a ton about lots of different aspects of the work.” 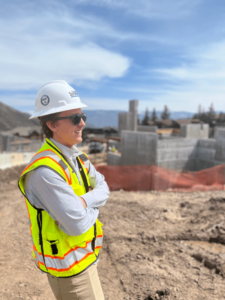 Daniel’s last internship let him start building a life in Colorado, a state that offered all the outdoor adventure he loved and plenty of professional opportunities. As soon as he graduated, he was on the hunt for a job that would land him there full-time.

One of those opportunities happened to be in general contractor Shaw Construction’s Grand Junction office. Daniel was hired on as a Project Engineer in the fall of 2021 and eagerly packed his bags yet again.

In his new role, Daniel has found an outlet for his technical talents as well as opportunities to travel in the region, since Shaw has projects throughout Colorado and in Wyoming and Utah.

“I can’t believe I’ve found myself in the best spot ever,” Daniel said. “I couldn’t be happier with my work at Shaw and where I’m living. I get to spend my weekends hiking and camping and snowboarding in the winter. It’s incredible.”

Since his high school days learning CAD, Daniel has been interested in technology and how it can be applied to create ease and efficiency in a wealth of different areas. As such, he was thrilled when Shaw’s leadership provided him with a 360° camera and access to OpenSpace to deploy on his current project. (He’s working on building 10 custom homes in Snowmass Village, a mountain town known for winter sports.)

“I was so excited to introduce OpenSpace to my project,” Daniel said. “It often seems like the construction industry doesn’t take advantage of the technology that’s available, but we’re a company that’s keeping up with tech.” 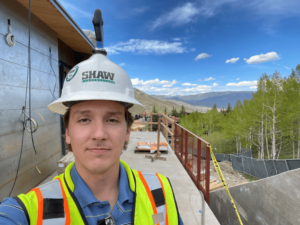 Daniel currently does site walks to document the progress of the homes twice a week—and sometimes more frequently if construction has reached a milestone that needs to be captured. He finds himself returning to his captures frequently. “Multiple times a week, I end up looking up something, like where a cable is buried. There’s a million different uses,” he said. “In a couple of clicks, I can find out what I need to know instead of opening up a wall.”

While Daniel is currently the only person doing site walks for his project, the whole team benefits from his captures. OpenSpace documentation is used by leadership working in the company’s offices several hours away as well as by the out-of-state architects. “I can’t imagine doing things any other way,” Daniel said.

Looking to the Future

When Daniel considers his future, he first reflects on his past and how he arrived at where he is today.

“I wouldn’t have changed anything, even that extra year of college,” he said. He views every experience as formative—from the interest in tech he developed in high school to his many college internships to all the time he spent playing by the creek as a child. They all helped guide him to his current role at Shaw Construction in a place with tons of access to the outdoor activities he loves.

Daniel remains eager to learn and grow in his career. He plans to stay in Colorado and continue on a project management path, splitting his time between the field and the office. He remains committed to continued education and improvement, particularly where technology is concerned. “Technology makes everyone’s jobs so much easier,” he said. “I want to make use of all the tech that’s out there to improve our processes and our lives.” 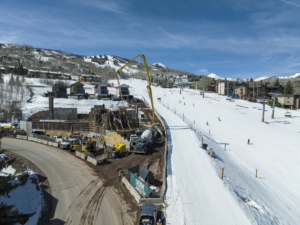 “To me, being a Pathfinder means being on the leading edge of innovation and technology,” Daniel said. “It means remaining open and finding new ways to make construction more efficient.”

Just because a process has been done a certain way for years doesn’t mean it’s the best, Daniel noted. Being able to pivot, learn and keep growing are essential skills in his eyes.

“Tech is huge for me, and I think a big part of being a Pathfinder is being on the forefront of innovation and pushing for the tools that make a difference,” he said.

Pathfinders are power users like Daniel who excel at using OpenSpace. You can check out all of our published Pathfinder Spotlights in the OpenSpace Community gallery. If you’d like to be a Pathfinder, submit your Pathfinder application today.