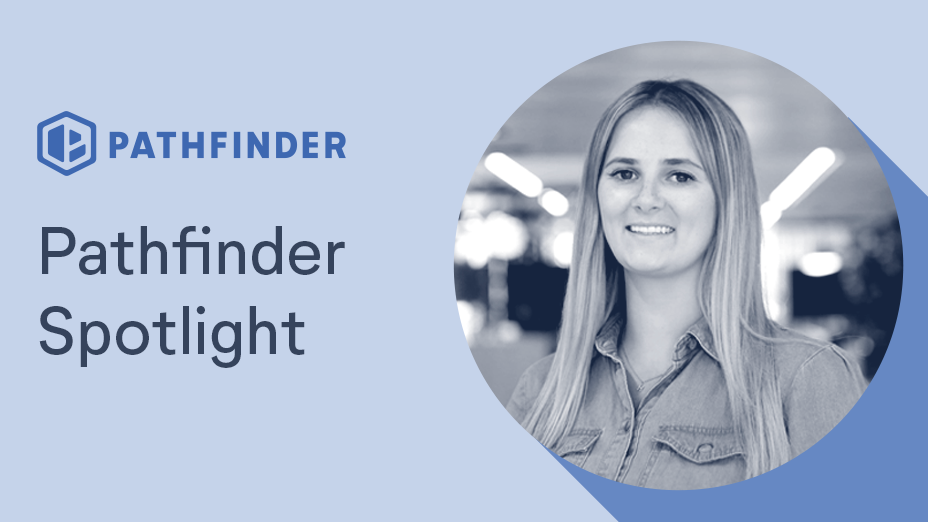 Meet Chloe Huxster, a Digital Platform Manager at ISG in London. Keen on creating order and executing plans, she seizes opportunities as they arise to drive efficiency on global construction projects. 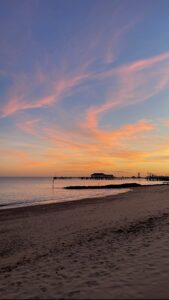 Chloe spent most of her life in the sleepy seaside town of Clacton-on-Sea, located an hour and a half northeast of London. The coastal town was the perfect backdrop for what Chloe describes as a “very normal” childhood.

“In Clacton-on-Sea, everyone knows everyone,” she said. As an academically inclined student, Chloe was pretty good at every subject, which made it hard to choose the one thing she wanted to do when she grew up. “I was a bit of a nerd, to be honest,” she laughed.

She did, however, take a particular shine to mathematics.

“I’ve always liked to know that something has a specific answer, rather than one that is up for interpretation.” she explained. “I’m definitely a problem-solver.”

Although she wasn’t sure what to do with her talents, her critical thinking skills would eventually lead her to construction.

A Decade on Horseback 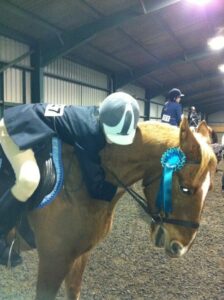 Outside of school, horseback riding had a big impact on who Chloe became as a person. It requires split-second decision-making, athleticism, and commitment—all extremely valuable and transferable skills.

She was first introduced to horseback riding through the love of a tiny pony. A year later, Chloe upgraded to a horse named Cossac. “I loved riding, and having Cossac took up all of my time,” she recalled. Her eventual move to attend a university outside London meant she couldn’t keep up with the demands of horsemanship, but to this day, she still heads out for a ride if she has the time and the weather is right.

After applying to several universities, Chloe knew she found the right fit when she was accepted to the University of Hertfordshire, just north of London. She had long dreamt of better access to the big city, and she was enthusiastic about pursuing mathematics at the university level.

“Since I’ve always been logical and good at math, I figured I’d continue studying it,” she said. That decision kicked off four years of “heads-down studying.” 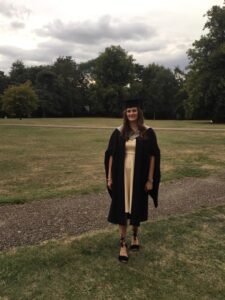 “I was in classes from about 9am to 6pm everyday,” she said. “I was really very focused on my grades and getting my degree.”

The hard work paid off. Chloe graduated in 2019 with first class honors, the highest honors degree possible in the U.K.

With her degree in hand, Chloe planned to enter the world of finance. As she began applying for jobs, however, an opportunity presented itself that changed the course of her professional future.

Entering the World of Construction Tech

“I had my mind set on finance, but I was still exploring the options,” Chloe recalled. “I had just started applying to jobs when an opening at ISG came up in project management.” Soon she was heading to the Ipswich office for her first day with ISG, a dynamic global construction company headquartered in London.

In her four years at ISG, she has worked as a Project Management Office Analyst, an IT Project Manager, and, most recently, a Digital Platform Manager.

Her natural problem-solving skills, inclination to planning, and ability to seize opportunities as they arise—particularly those related to tech innovations—have contributed to her success.

“I’ve had so many incredible opportunities while in this field,” Chloe said. “I never thought I’d end up here, I never really planned on it, but I’m happy with my career and my journey. I’m going to go with the flow and see what new opportunities arise.”

In 2020, just as COVID-19 restrictions and lockdowns started, Chloe was tasked with trialling and launching OpenSpace on select projects at ISG. “We really needed to roll it out at that point, because people weren’t able to visit project sites,” she recalled. “It was the right time to launch it.”

Chloe was working remotely at that time too. She trialled OpenSpace from her home office, modifying hard hats to meet U.K. health and safety regulations, attaching a 360° camera, and exploring the possibilities with sample plans. It wasn’t until September 2020 that she was back on site and able to put the software to work in the field.

“We started testing it at three different sites, and it just grew from there,” she said. “Now we’re at over 30—and counting. It’s even gone global at this point, which was a pretty pivotal moment. This is something that just started in my office, and now there are users all across the world using it.” 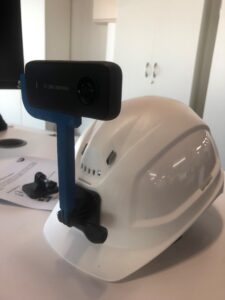 Chloe used her analytical skills to troubleshoot logistical problems and roll out OpenSpace across ISG, where it provides critical documentation and time savings. She’s now ISG’s point-person for all things related to the software and has even developed her own training manuals. “I’m so happy to continue to be the keeper of OpenSpace for us,” she said.

“I like to make things happen,” Chloe said as she reflected on the skills that have made her an innovator at ISG. That knack for putting plans into action extends beyond her office. Outside of work, she’s an avid traveler, slowly ticking destinations off her bucket list. Her top trips to-date: Hungary and Australia.

“I’m a planner,” she said. “I like to know what I’m going to do step by step. Another skill is seizing opportunities. If something comes up, you’ve got to go for it. I’ve always believed that if you’re in your comfort zone, you’re not going to grow.”

So far, Chloe’s life has balanced well-laid plans with the courage to seize the moment. Whether it’s her years of careful study or her chance to move into the construction world, she’s using her planning abilities and spontaneity to her advantage.

“Being a Pathfinder means being a part of your community,” Chloe said. “Lead when it is useful, give feedback when you can, explore, and build relationships.”

This crucial exchange lays the foundation for innovation.

Chloe is eager to learn when the moment calls for it—and is just as willing to share everything she’s learned.

Pathfinders are power users like Chloe who excel at using OpenSpace. You can check out all of our published Pathfinder Spotlights in the OpenSpace Community gallery. If you’d like to be a Pathfinder, submit your Pathfinder application today.